If you were told that something as elementary, yet complex, as data has pushed oil from its throne as the world’s most valuable resource, would you believe it? Data has indeed become such an essential part of our everyday lives that it is impossible for many to envision a world without it. Self-driving cars, diagnostic in medicine, security systems – they all rely on labeling data so it can be interpreted and decisions can be made accordingly. But what does data labeling actually mean? Put simply, it means that a computer is able to tell a dog apart from a car in images. Applied to medicine, this could mean that the computer was previously told what cancerous cells look like. Later, it is able to detect similar cells in new patients without the time-consuming manual reviews. The greatest challenge with data labeling is the unfathomable volume that it comes in. But no need to despair, LabelFuse is coming to the rescue, so beware. 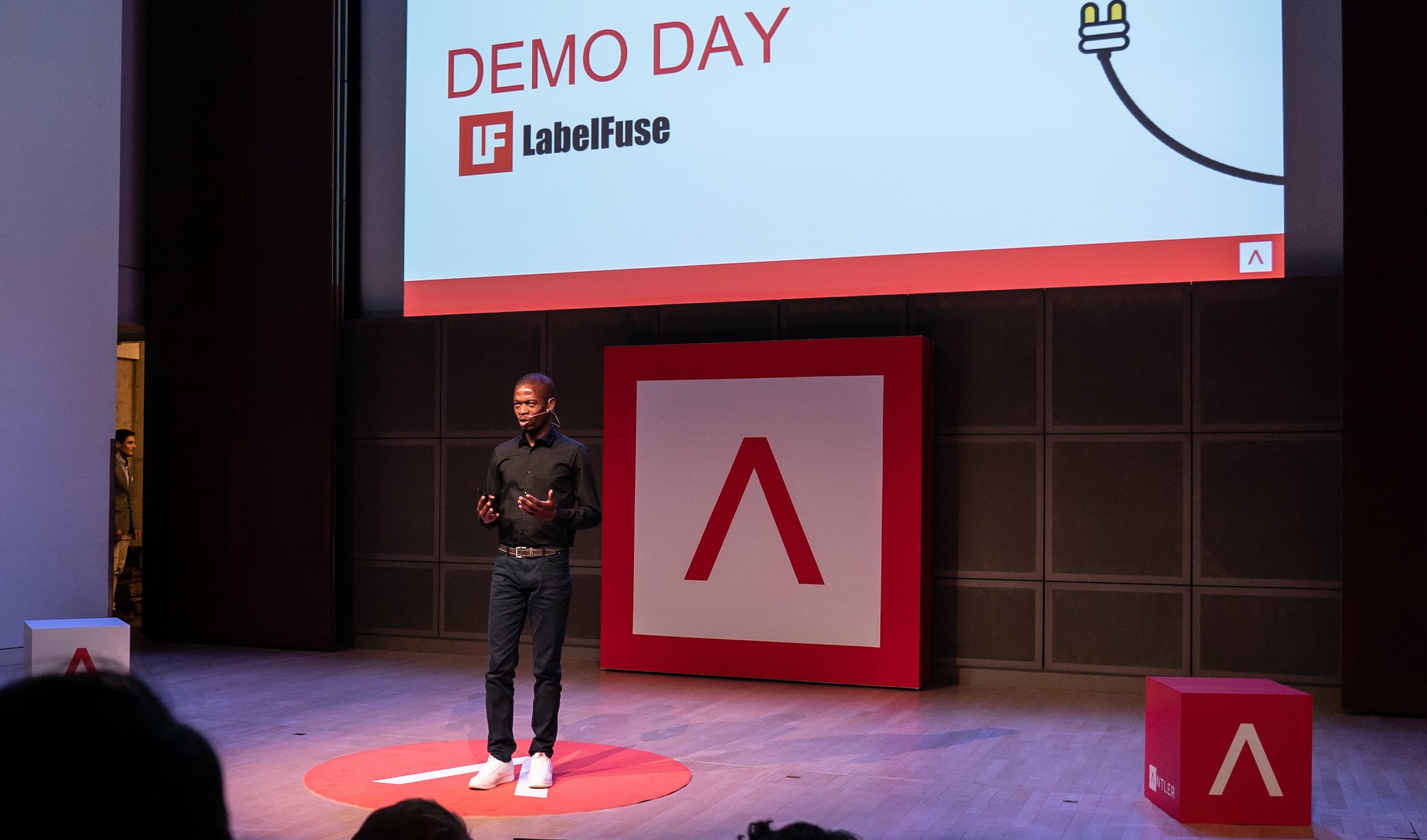 We at Antler Amsterdam are thrilled to introduce you to LabelFuse, a real-time image labeling system. Emanated from Antler Amsterdam’s first cohort of founders in 2019, the startup LabelFuse has put it at the core of their craft to improve accuracy, enhance efficiency and reduce costs involved in the process of image labeling powered by AI.

I think there's more good that AI can do. But in order to make all this happen, you need clean data. [And] we can fulfill this vision.

The process of maintaining the billions of images generated on a daily basis can easily turn into a whooping multi-trillion dollar process in the US alone. At LabelFuse, the issues of speed, accuracy and expertise are addressed by delivering a secure and reliable way of labeling at a fraction of the commonly known costs. The business model was initially pitched to an audience of hundreds of angel investors, seed investors and venture capitalists from all over the world at Antler Amsterdam’s first ever Demo Day. Watch LabelFuse deliver their pitch below:

Founded in October 2019 as part of the Antler startup program, LabelFuse auto-labels an entire batch of imagery in minutes and delivers labelled data for further analysis. Despite being in its early stages, LabelFuse has already proven it can reduce the normal manual work time it takes to label data by 98% compared to humans.

It has adopted industry agnostic API for computer vision, which deploys industry specific models quickly and works seamlessly with the system. Additionally, LabelFuse’s quality focused AI based annotation can provide up to 97% accuracy on time while ensuring data safety. More precisely, the labeling service offered by LabelFuse is GDPR compliant, so no need to worry about privacy threats.

The user simply uploads the images he desires to label, picks an area of interest and gives the command to AI to identify what is seen in the images. Once this is completed, the user can quickly verify that the image was labeled correctly and the task is complete. If there is uncertainty whether areas are accurately detected, the models may be tested in a real world scenario before the information is deployed. In this case, the AI component tells the user again what it sees. If the result corresponds to the user’s expectations this time, the program deploys and has successfully served its purpose.

Next to autonomous driving services, medicine and security systems, environmentally oriented institutions are another example of entities that can significantly profit from utilizing LabelFuse. In the most recent collaboration between LabelFuse and Utrecht University, the startup was counting different cell types in pollen sediments that can be used for creating climate models. Given the outdated scenario, in which the University’s data labeling process involves using old traditional models and performs 75 to 80% of labeling manually, LabelFuse delivered astounding results in this collaboration. By using their own proprietary technology, LabelFuse helped the University cut down a three-day-process to one that takes seven seconds. Then, with the power of AI, the team built models to count and detect specific features from a selection of labelled images with an accuracy of more than 95% in detecting and counting different cell types in just seconds.

If you are equally stunned by the ingeniousness behind LabelFuse, then we are pleased to tell you: you are not alone. Let us introduce you to Kelvin Aongola and Jurgen van der Vlist, CEO and CTO of LabelFuse respectively. Antler is proud to have played a vital part in making this match made in heaven. As an early-stage venture capital firm that invests in startups, Antler encouraged and guided Kelvin on his way to find a co-founder in Jurgen like it was done in the past with Jonathan Haralambakis and Leslie Maunsbach for xNomad or Mira Gleisberg and Vitalii Vorkov for RespiQ.

As the CEO, Kelvin has more than ten years of experience working in Software Development and Business for leading African technology companies and startups. As the former CTO for iVitals Africa, a healthcare startup aiming to help the poorer population with mobile phones, Kevin led the team to win the Slush Global Impact Award in 2017. Jurgen, who fills the role of CTO of LabelFuse, is a respected coder in the computer games industry and is involved in large corporations and startups, with which he generated more than 20 years of experience and grounded training in VR, computer vision, and electronics. He has also formerly served as CTO and owner of several Dutch tech startups before joining Antler and co-founding LabelFuse.

Would you like to learn more about LabelFuse or are you curious to experience first-hand how your business can benefit from real-time image labeling? Give it a shot and claim your free trial here.

Would you like to become part of the Antler team and ride the #nextwaveoftech with us? Join the family and apply here!

This article is co-written by Inemarieke Raettig, Marketing Analyst at Antler Amsterdam and freelancer Yingzhao Zhu.