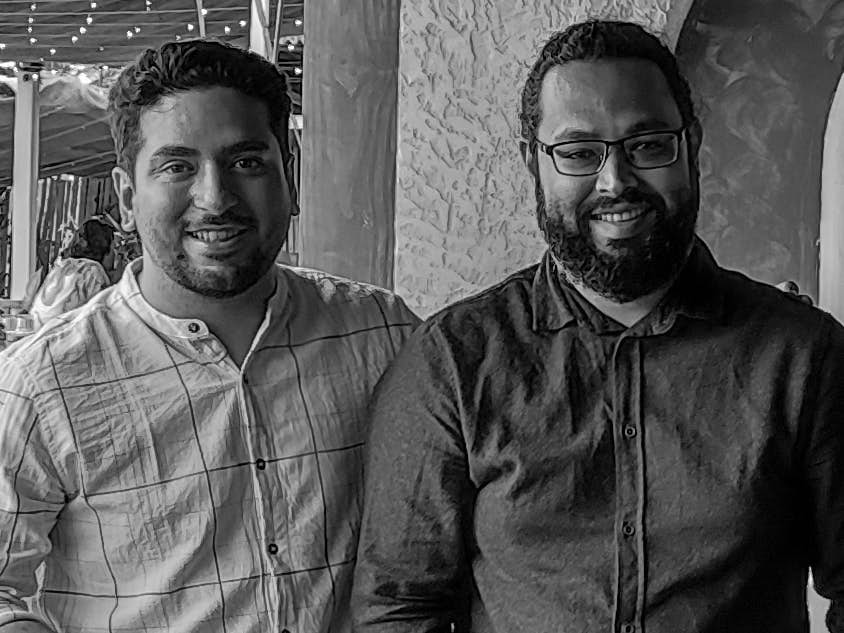 At Antler India, we are particularly excited to back founders in areas such as SaaS, dev tooling, and Web3 infrastructure—with the vision of building critical infrastructure in India, for the world. To that end, we are thrilled to back Ronak, Debarshi, and the Adaptive team as they embark on a mission to empower technical and non-technical stakeholders at software companies globally.

As a universal ops platform with the aim of automating infrastructure and DevOps functions for millions of developers and engineering managers globally, Adaptive is enabling companies to build customizable platform apps spanning DevOps, Cloud Infrastructure, Access, and Security & Compliance, at a fraction of the current cost and time spent. Adaptive aims to solve for developer productivity at scale by transforming the current archaic state of DevOps and Infrastructure Management.

In 2021, ~50% of the ~$3.1 trillion spent on IT was directed towards support and operations (Source). Developers in the US spend 55% of their time managing existing code and infrastructure which translates to ~$80,000 a year per developer, a significant drain on resources (Source). This is largely due to tool fragmentation and siloed tribal knowledge in organizations. Most companies try to solve this problem by building an internal platform with hacked-together scripts which gets progressively unscalable and expensive to build and maintain.

Additionally, as the market is getting more crowded each year with point solutions for specific problems, it is becoming increasingly difficult for engineers to manage stack complexity and build infrastructure platforms without depending on a specialized team. This is not only expensive but also redundant when the effort is aggregated across functions and companies. On top of these challenges, it is hard for the internal platform to get prioritized over the main product the company is building, resulting in suboptimal end output.

Adaptive is building a modern-day orchestration technology from the ground up.

In order to help users build and launch platform apps, one needs task orchestration technology underneath that is robust, scalable, and highly concurrent. The current solutions in the market are all built on top of a particular decade-old legacy technology which has major limitations and is extremely expensive, especially in scenarios needing high concurrency.

Besides high concurrency, modern-day operational needs require different types of orchestration as well. In order to cater to all these aspects, Adaptive is building a new orchestration technology from scratch, which is an extremely hard problem to solve. Adaptive’s system, a highly superior product compared to the current orchestration-based solution in the market, allows users to run thousands of concurrent workflows in a highly cost-efficient manner, unlocking various task automation use cases that were previously impossible or too expensive for most organizations.

Adaptive is improving developer productivity at scale by allowing companies to build customizable platform apps using out-of-the-box templates and functions. The platform allows engineers to build a variety of solutions in minutes, including incident response, security and compliance, continuous deployments, continuous verification—all in one place.

Using tasks as building blocks, organizations can build their own internal Ops platform and DevOps solutions quickly and in a composable way, without depending on a specialized DevOps team, thereby reducing the need for many organizations to build DevOps teams ahead of time. Adaptive is building the future of how companies will set up and maintain their infrastructure platforms. It aims to replace multiple point solutions, a patchwork of low NPS open source tools and overly-prescriptive third-party tools, that any organization uses. This will not only provide multiple solutions in one platform but also result in consistent developer experience and better collaboration.

With Adaptive's platform, the time spent on these DevOps and other tasks is estimated to go down by at least 50%, allowing developers to focus on writing new code that adds value. With this, mid to large-stage organizations will be able to reduce the cost of their platform teams by at least 40%.

Adaptive was founded in Fall 2021 by second-time founders Ronak Massand and Debarshi Basak, who earlier built Parkloco in the US that was acquired by a Silicon Valley-based robotics company, Volley Automation. The founders are a solid, complementary pair—with Ronak’s serial entrepreneur journey and deep expertise in growth and operations, and Debarshi’s decade-long tech and DevOps engineering experience at Sensys, bol.com.

While building their first startup, the founders saw first-hand that managing infrastructure and DevOps processes can get incredibly complicated. As they started diving deeper into the problem statement, they realized that ITOps continues to be one of the largest accidental complexities in most organizations. They saw apps taking weeks to build from scratch, software engineers struggling to build DevOps without specialized platform teams, and internal platforms’ systemic scaling and cost issues; and hence have approached building Adaptive.live with a first principles approach. Both founders are obsessed with DevOps and have a deep, nuanced understanding of what it takes to make non-DevOps software engineers do DevOps functions.

The company has started rolling out its product to beta users, with a focus on the US market. While starting with DevOps, Adaptive will soon streamline various infrastructure verticals within the Ops space including infrastructure, site reliability, security, and compliance—with the ultimate vision of building an orchestration-first marketplace for all organizations around the world.

Are you a fast-growing startup that could benefit from simplifying DevOps or increasing productivity in those teams? If so, be among the first to try Adaptive by visiting the website here or contact Ronak at ronak@adaptive.live.

Read more about Adaptive’s pre-seed funding round as appeared in Mint.